Factory-built housing construction strategies may not be on the immediate horizon, but innovations may chart a more impending course as market conditions evolve.

Factory-built housing includes modular homes, mobile homes, and panelized or pre-assembled homes that are delivered to a prepared building site. The U.S. Census Bureau reports that the 8.5 million manufactured homes in the U.S. make up 7 percent of all owner-occupied housing in the U.S. More than 20 million people already reside in manufactured homes. That number should grow as a portion of the housing as America looks for ways to address its housing shortage.

According to the Manufactured Housing Institute, since 2014, this industry consistently produced 9% or 10% of new single-family home starts. These numbers suggest that factory-built housing has a stable niche in the housing market. However, in these times of a severe housing shortage, why isn't this more efficient process gaining more market share?

In 2016 Silicon Valley entrepreneurs thought they had the answer with a well-funded startup, Katerra, that aimed to revolutionize the construction industry by mastering every element of the trade at once – end-to-end. Investors injected over $3 billion into Katerra's strategy of saving time and money by bringing every step of the construction process in-house. They expected a hyper-growth strategy of the Silicon Valley mindset. They believed that the old-fashioned construction industry was ripe for disruption, promoting a technological transformation of every product and every process to lower costs and speed up building completion times.

Would Katerra discover the holy grail for an industry that has remained largely stuck with mid-20th century era production methods? The buzz at the time Katerra hit the housing scene was that modular housing would start gaining market share in the United States and begin to solve labor and cost issues.

The answer is no. The buzz did not resonate. Its filing of Chapter 11 bankruptcy in June of this year made it clear just how difficult it is for Silicon Valley to disrupt this complex, slower-moving industry. Its bankruptcy also highlights the difficulty of modernizing construction, which accounts for around 4% of the U.S. Gross Domestic Product (GDP). Katerra lists six Front Range projects. It appears only two apartment buildings and a hotel in Denver remain unfinished. The epitaph for this massive effort will be debated in the best MBA programs in years to come: was Katerra's bold operational model wrong, or was its execution faulty?

Are there any other major firms in the home building industry preparing to make a move into factory-built housing? I surveyed the annual reports of the five largest public home builders in the U.S.

None of these industry giants has disclosed any strategies that would disrupt the industry, such as Katerra was attempting to do with a complete end-to-end process. There may be small players working on the fringes, such as Fading West Development in Buena Vista, CO, but they are not national game-changers.

I would also observe that most home builders today have no interest in revolutionizing the process like Katerra. This may be typical of publicly listed national home builders to nibble around the edges. However, Lennar, through its subsidiary LENx invests in a portfolio of companies leveraging this leading home builder's investment and operational expertise. This has enabled LENx to deliver transformational guidance to the companies Lennar works with to introduce new innovations.

Then there is Clayton Homes. This Berkshire-Hathaway company became the largest manufacturer of factory-built homes decades earlier then turned to acquire prominent regional home builders after 2014, including Denver-based Oakwood Homes. Their numbers are impressive: in 2020, nearly 47,000 off-site homes were built, with the site-built divisions delivering an additional 9,474 homes.

CEO Kevin Clayton states that "Mr. Buffett is thinking 100 years out. He could not care less if a downturn happens in the next quarter or in the next five years. He is challenging us to come up with a plan for the longer haul." Oakwood CEO Pat Hamill has a 200,000 square foot factory in Denver that is now manufacturing components for houses. After a modest $2.2 million equipment update, Clayton's CFO encouraged Hamill to consider putting another $20 million into the facility for future growth and market advantage.

The Future of the Front Range Housing Market

The Buzz Around “Build-to-Rent” (BTR)

Ready to explore the depth of data in Housing Tides?

For a limited time only, we're offering complimentary access to Housing Tides. Don't miss out! 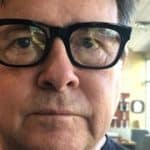 Jeff formerly headed operations for Lennar and KB Home in Colorado building nearly two per cent of the state’s total single-family housing stock. He was honored as Colorado’s Home Builder of the Year in 2001. Whiton also served as the CEO of the Home Builders Association of Metro Denver for eight years reviving the association from near bankruptcy after the Great Recession.

The Future of the Front Range Housing Market

The Buzz Around “Build-to-Rent” (BTR)