This Field Fusion event delved into air-sealing and sound transmission challenges in multi-family units through a guided discussion that included perspectives from Code Officials, Insulators, and Raters.

Why are townhomes with common seperation walls twice as leaky?

The shaft wall, which we see most often in Colorado, is open directly to the outside through the designed gap between the shaft liner and the framing, thus creating a leaky assembly.  An additional complexity arises when the reduction of unit-to-unit sound transmission is taken into account, which requires correctly installed insulation.

Clarification: What part of the shaft wall assembly is fire-rated?

We must first define what part of the shaft wall assembly is fire-rated, as the entire assembly is not.  This is an important distinction that allows for more air sealing options once understood.

In chapter 3 of the IRC, Section R302 “Fire Resistant Construction” and Section R302.2 “Townhouses” states, “The common wall shared by two townhouses shall be constructed without plumbing or mechanical equipment, ducts or vents in the cavity of the common wall. The wall shall be rated for fire exposure from both sides and shall extend to and be tight against exterior walls and the underside of the roof sheathing.”

This statement in the IRC is our first indication that the two layers of sheetrock in the shaft liner wall are the fire-rated two-hour wall, designed to slow the spread of fire from unit to unit.  Thus, the two layers of 1” drywall cannot be penetrated with ducts.

The framing (which is held off the fire-rated assembly by a clip) often has ducts or plumbing in it and is specifically designed to burn and separate from the two-hour assembly when the clip melts.  This allows one unit to burn and fall before fire is able to pass through to the adjacent unit.  The UL (Underwriters Laboratory) listing for many of these assemblies’ references section 705 of the International Building Code (IBC) which states in Section 705.2 “Structural Stability”, “Fire walls shall have sufficient structural stability under fire conditions to allow collapse of construction on either side without collapse of the wall for the duration of time indicated by the required fire-resistance rating.”  This is another indication that UL listings and the code are in agreement that the fire assembly is the two layers of 1” drywall and not the framing adjacent to the drywall.

It is important to point this out because throughout Colorado there is not a common understanding of what constitutes a shaft liner fire-rated party wall assembly.  Some jurisdictions still hold that the assembly is the drywall, air gap, clip, framing and interior drywall while others hold that it is as explained above.   What is consistent is the understanding that the assembly must be built continuously from the foundation to the roof deck.

EnergyLogic suggests having a discussion with jurisdictions, in an effort to:

One thing to note: jurisdictions throughout the state require that the two layers of sheetrock run continuously from the foundation to the roof deck, but not the entirety of the rest of the assembly.  The most conspicuous example is the interior drywall, which is always missing on the ventilated attic side of the party wall.

Challenge: How to achieve 3 ACH50?

Now that a common understanding of the assembly has been achieved, it is time to determine how the assembly can be air sealed in order to meet the air leakage target of 3 ACH50 for the 2012 and 2015 IECC.  Most jurisdictions have not amended the requirement to meet this airtightness level, so pre-planning is crucial in order to be successful.

The clip that holds the framing off the two-hour party wall assembly creates a 1” gap that is connected directly to the outside at the front and back of the unit, as well as to the attic.  This is where the UL listing of the assembly comes into play. UL is an American safety consulting and certification company that provides the one or two-hour rating for fire-rated assemblies by testing them in a laboratory environment. The UL listing for these assemblies is often mixed up with code’s definition of the assembly, which creates confusion regarding what materials are allowed to be used to seal them.

As some fire blocking materials are air barriers and some are not, it is important to choose a material that can stop the flow of air.  EnergyLogic has seen the most success when builders tackle fire blocking on each individual floor.

When looking at the party wall assembly, envision a picture frame around the perimeter of the wall. All four sides need to be fire blocked.  The material of choice right now is the same 1” gypsum board used in the 2-hour rated assembly.  Install the 1” gypsum board in the 1”  gap between the interior of the unit and the outside at the front and back of the units, between floors, and to the attic.  Again, picture framing the party wall.

Depending on your foundation type, if you are standing on the first floor you will need to air-seal the two layers of gypsum and the bottom plate to the slab in the shaft wall, or address the rim joist connection in the basement or crawl space to the shaft wall. At the rim joist be sure sill seal has been installed between foundation and sill plate as it is your primary capillary break, then seal the sill plate to foundation, seal rim board to the sill plate, and seal the rim board to sub floor.  Pay special attention to any knockouts for foundation bolts.

Once the large 1” gap has been fire blocked with an air-impermeable material such as gypsum, seal the smaller gaps between the fire block and the shaft wall and the fire block and the framing.  A fire-rated caulk or expanding foam works for this. Following these steps, with careful attention to detail, should enable you to successfully achieve 3 ACH50.

A few words of caution:

Lastly, these assemblies should reduce sound transmission from dwelling unit to dwelling unit.  The party wall is assumed to be an adiabatic wall, i.e. there is no heat loss or gain through the wall between two conditioned spaces as the temperature is the same on each side. Therefore, the insulation is primarily installed to lower sound transmission.  The principles of sound reduction and heat flow are the same, so proper installation of the insulation in the framed cavity of the party wall is imperative.

NAIMA, the North American Insulation Manufacture Association, states that the installation of insulation in a party wall application should “comply with the manufacturers’ instructions including filling the entire stud cavity and cut to fit around outlets, junction boxes, and other irregularities in the cavity.”  In other words, the insulation in a common party wall should be installed to a RESNET, Grade 1.

Growing to LEED: Third-party certifications are driving toward LEED® February 15, 2019 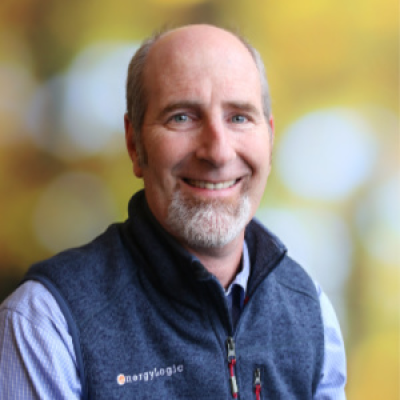 Robby co-founded EnergyLogic with Steve Byers & Wynne Maggi in 2006. After 14 years of partnership, Robby set off on new adventures in late 2019. We're grateful for the many years together!