A routine light bulb replacement leads to a head-scratching problem...

The Start: An Apparently Dull LED?

My wife and son recently commented that the spare bedroom was looking “very dim.” “Can you add more light or at least add stronger bulbs?” they asked.

When I went to investigate the single overhead light, I could see through the frosted glass that both bulbs were functioning – but one did appear to be somewhat dull. I’ve installed LEDs pretty much throughout the house – do LED’s even get “dull”?

The Mystery: A Perplexing, Leaky Light

Regardless, when I went to take down the fixture to look at the bulbs, I was a bit taken back by the fact that the cap nut was very slick as if covered in oil. As I got the nut and washer off a thin stream of liquid ran out of the bottom of the glass covering and onto the bed. Oops! When I looked down, I noticed there was a large stain already on the bed – presumably from the same liquid. Once I got all the covering off though, I couldn’t see where this might be coming from; there was no obvious flow from above.  How is it possible for my house to have a leaky light?

The bedroom has an attic separate from the rest of the house and shared with the garage, so I went up into the garage hatch to see what I could see. The electrical box over the fixture was covered in insulation and didn’t appear to have been disturbed in any way, so it didn’t seem to be coming from above.

Questions: What Could Cause an LED to Leak?

I went to the all-mighty oracle (Google) and found that yes, they are pretty much semiconductor wafers, wires, glass and usually some plastic. Hmmm.

Just as I was about to move on I saw a link reading, “The sad state of Switch & its liquid-cooled LED bulb.” The author describes pretty much exactly the situation I was experiencing. It turns out, the company Switch had an early LED (circa 2007-2012) that used oil to cool the bulb. Obviously, some tend to leak. The company has since gone out of business (it appears for other reasons, but go figure), so no recourse there. I may have gotten these for free from the city where we live – but I could just as easily have purchased them myself as I seem to have a variety of different types installed. I did find another Switch in the light above our dining room table and one in a box I hadn’t yet used – both are now awaiting transport to the local Hazmat where I take all my old bulbs and batteries.

The bad news is we need some new bed sheets – the good news is that the mystery of the leaky light was solved and I retained my “Home Maintenance King” title – at least in the eyes of my wife and son, neither of whom seem in much rush to challenge me. 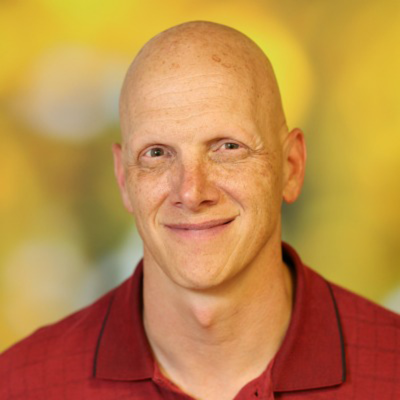 As EnergyLogic's Chief Operations Officer (COO), Will is involved with nearly every aspect of our processes. He joined EnergyLogic after a career in the Air Force. Learn more about Will here.

10 Comments on “The Mysterious Case of the Leaky Light Fixture”