We are proud to support the US Department of Energy Solar Decathlon by volunteering plans analysis, ratings, and energy efficiency insight.

What is the Solar Decathlon?

The US Department of Energy Solar Decathlon is a competition between 13 collegiate teams competing in 10 different categories to determine who has built the most sustainable home.

The contest itself evaluates the homes in the following categories:

Logicians Volunteer Their Time to Support Each Team’s Vision

EnergyLogic’s plans analyst, Peter Oberhammer, was tasked with creating SketchUp models of all of the homes. “The importance of the SketchUps is that they produce the shell area calculation which is essentially the square footage of all the exterior walls, envelope floor, and ceilings.  Not all of the plans had flat ceilings, so vaults and clerestories had to be accounted for in the shell area calculations as well,” says Peter.

On October 2nd and 3rd, three of EnergyLogic’s energy raters volunteered their time to perform blower door tests on each home. These tests were part of the scoring matrics in the competition. To get these numbers, raters Neal Girard, Matthew Anthony, and Zach DeWolfe divided the blower door results by the square feet of the shell area to get a CFM/Sq Ft Shell Area result.

Each rater was drawn to a different team’s story. Neal Girard was “so excited that [he] got the opportunity to work closely with most of the teams at this year’s Solar Decathlon.” Neal appreciated the University of Maryland’s “illusion of space with their horseshoe-shaped house surrounding their greenhouse.”

Rater Matthew Anthony had this to say about working with the teams:

"I enjoyed working with the Alabama and Missouri teams – this was the first year that infiltration was a point category, so there were several learning opportunities for most of the teams. For example, with the Alabama team we were able to identify substantial leakage coming from the safe room that was using a new and developmental material. With the Missouri team, we eliminated the ducts from the blower door to illustrate the impacts of ducts outside the building envelope. As always, it was a pleasure to see a lot of the concepts we learn about in concept being applied to real homes – what a great group of folks all around!"

Zach DeWolfe, who worked closely with the winning team, stated, “My most memorable time spent at the Solar Decathlon was with the Swiss team. I got to work with them on converting their plans from the metric system and went over some areas to address air leakage prior to testing the home. It ended up being one of the tightest homes I’ve tested as a rater.”

The Swiss team took the first place prize, winning $300,000, while Maryland came in second and UC Berkeley/U of Denver came in third.

Click here to view all 13 team’s standings in the 2017 Solar Decathlon! 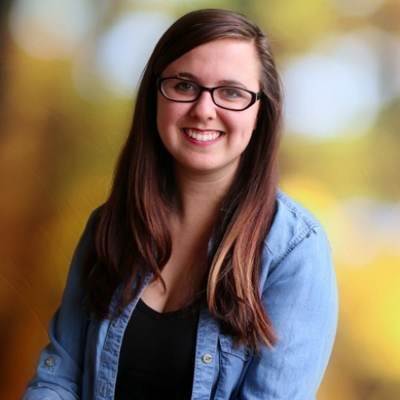 Sanaya is EnergyLogic's Events & Communcations Coordinator. She has been on the team since August 2017. Read more about Sanaya here.